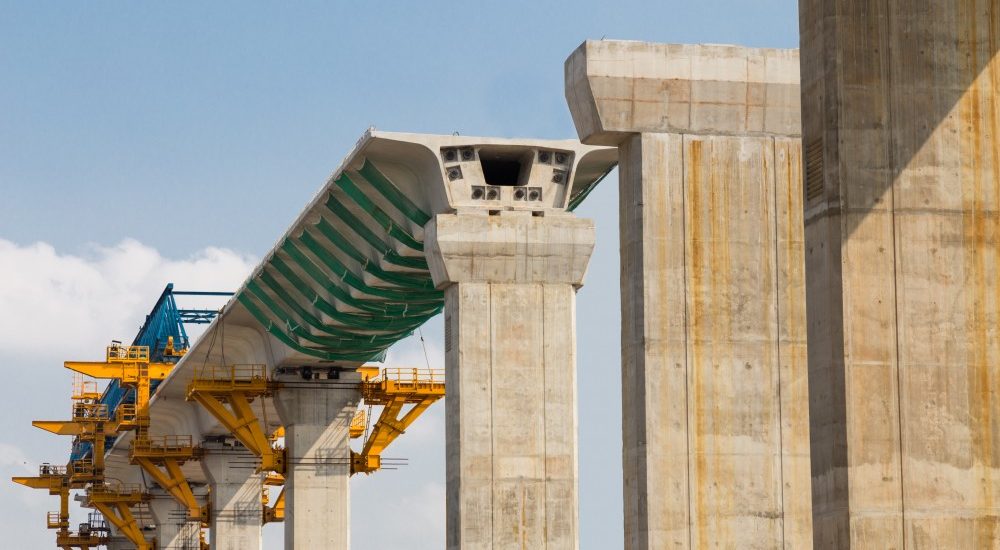 The African Development Bank estimates that the continent’s infrastructure needs amount to between $130–170billion a year over the next 20 years. With an estimated $62billion per year spending on infrastructure, financing gap in the range $68–$108 billion per year. This has been a challenge for countries Africa-wide.

Improving infrastructure however is a key imperative, since without it, sustainable economic growth will continue to be elusive, because industrialization on which growth is dependent, is dependent on infrastructure. Infrastructure improves efficiency of production, reduces cost and facilitates improvement in quality – key catalysts of industrialization, which the continent sorely needs. It is an industrialized Africa that will be more equipped to generate employment for her 12 million young people who join its labour force every year, thereby end poverty and economic backwardness.

With the current low capacity of most African governments however, attention shifts to the private sector for the development of infrastructure. Whereas this is welcome, governments are also finding that its responsibility and involvement cannot be fully abdicated, at least for three reasons: one, the private sector cannot be tasked with providing public goods beyond a threshold; two) the depth of private capital on the continent – measured by the depth of financial services industry in most African countries is low, compared to needs continent, and; lastly, risk levels are high to reasonably attract foreign capital at present.

In view of the above, African leaders have to continue to seek innovative financing alternatives. Some countries in Africa have been exploring innovation in raising funds for infrastructure: Ethiopia issued diaspora bonds, Kenya sold infrastructure bonds to retail investors both home and abroad.

A new thought being actively in African countries is the introduction of carbon tax and using it for infrastructure funding.

Carbon tax is a form of pollution tax – a fee on the carbon content of fossil fuels.

With global warming and other environment crises now blamed on use of fossil fuels, the world, and indeed, Africa has recognised the urgency needed to combat the issue, driving more and more lawmakers around the world to put forward legislations that discourage carbon emissions.

Carbon tax puts a fee on how much carbon is emitted as a result of production, distribution or use of fossil fuels. Usually, the government sets a price per ton on carbon, then translates it into a tax on electricity, natural gas or oil. With such tax, using dirty fuels become more expensive, thereby encouraging utilities, businesses and individuals to reduce consumption and increase energy efficiency.

In a paper titled Carbon Pricing Revenues Could Close Infrastructure Access Gaps, by Michael Jakob et. al, they argued that carbon pricing revenues would cover infrastructure investment needs in most countries. South Africa, for instance, has set a 1 January 2019 implementation date for the carbon tax it aims to impose in the country. The tax rate is set at R120 (circa 8.35 dollars) per tonne of CO2 (carbon dioxide equivalent) produced. Companies that can reduce their carbon emissions to acceptable levels may escape the Carbon tax.

While the introduction and real impact of carbon tax on Africa and its economies is still being debated, it remains one of the innovative financing alternatives, which policy makers will want to exploit to fund African infrastructural development. Large businesses with large carbon emission energy uses may therefore consider strategic investments in alternative energy, which may even be an opportunity with real benefit in the long run.

Whereas Carbon tax also makes alternative energy more cost-competitive with cheaper, polluting fuels like coal, natural gas and oil, the investment in cleaner energy can provide real benefits in its long term cost efficiency, both bottom line for enterprises as well as environmentally.

Such strategic, long term investments, however require competent structured financing that involves adequate planning, structuring and the right approach which considers all impact factors for the project sponsor – be it the government or private sector enterprises.

Eczellon Capital has worked with several governments and private corporations in Africa, advising them on appropriate financing options to finance complex initiatives that will see private sector flourish, economies grow and the African continent develop.